What is Hot Air Oven and How Does it Work? 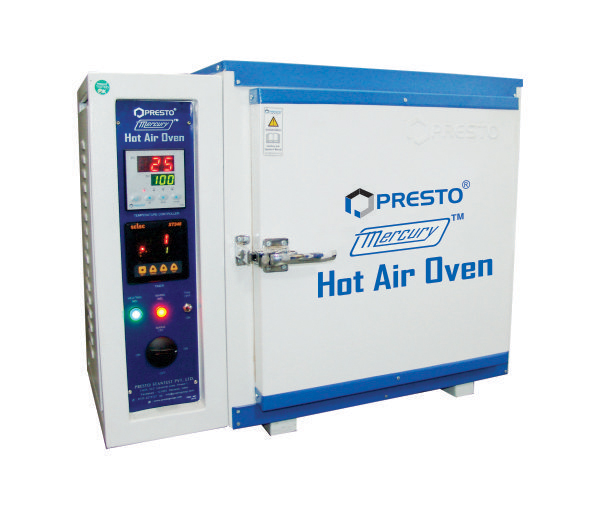 What is Hot Air Oven and How Does it Work?

What is Hot Air Oven?

The electrical device which is widely used in medical products manufacturing industries, rubber industries, and many more to perform the process of sterilization using dry heat is known as Hot Air Oven. The instrument works on the basis of dry heat to sterilize the specimens and articles. The instrument can be operated at a temperature of 50° Celsius to 250° Celsius or 122° Fahrenheit to 482° Fahrenheit. The instruments are also known as the thermostat that controls the temperature. The device is provided with the digital panel to control the temperature digitally. The device is equipped with the double-walled glass wool insulation that helps to conserve the energy to maintain the level of heat inside the cabinet as the inner layer of the cabinet is the less conductivity of heat energy whereas the outer layer is of metal. The instrument is widely used in pharmaceutical industries to sterilize the medical tools and instrument. It is a double walled chamber made up of stainless steel inside.

The instrument works on the principle of fine gravity air convection in a highly heated electrical chamber of the unit. The instrument comprises of a double walled design and PID temp. Controller & automatically control units that helps to maintain the homogeneous temperature in the cabinet, return back to the preset temperature easily after opening the door of the hot air oven machine. It is a highly economical operation that offers simple operation of heating and drying of the common material. The instrument does not produce any kind of noises. To know the technical specifications of the device, contact our experts.

The Hot Air Oven works on the basis of Hot Air inside the chamber which is created due to the forced air circulation.  It is a universal fact that in chambers, the hot air first rises up, and once it reaches the top of the instrument, it came back to the bottom of the chamber. The circulating fans and fan motor that are equipped with the instrument helps to create even temperature inside the chamber which helps to achieve an optimum level of heat inside the Hot Air Oven. After heating the specimen in the oven at least for two hours, the test specimens are kept inside the chamber until the temperature comes down and then the sterilized material is removed from the oven.

If you want to buy a high-quality testing machine, always buy it from a reputed Hot Air Oven Manufacturer. The instrument is widely used to sterilize glassware in pharmaceutical industries such as Petri dishes, pipettes, bottles, test tubes, flasks, pestle, etc.

Understand Flow Of Polymers And Interpre...

Use Precision Based Industrial Lab Oven ...

How does Wall Thickness Gauge help in No...

Sterilizing Glassware in a Laboratory Ho...