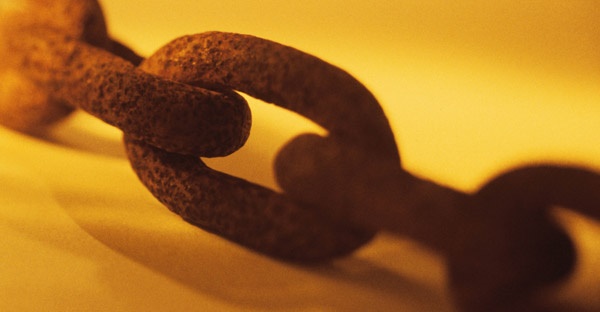 Most of the metallic corrosion occur due to electrochemical reactions at the interface between the electrolyte solution and metal. For example, a thin layer of moisture on a metal surface forms the layer of electrolyte for atmospheric corrosion. The second reason behind corrosive metal substrates is when wet concrete is the electrolyte for reinforcing rod corrosion in bridges. It is a universal fact that corrosion takes place usually when they are subjected to water.

When both the reactions are in the state of equilibrium, the flow of electrons from each reaction is balanced, and no net electrical current occurs. These two reactions take place on one metal or two different metals that are electrically connected.

When these two reactions are in equilibrium, the flow of electrons from each reaction is balanced, and no net electron flow (electrical current) occurs. The two reactions can take place on one metal or on two dissimilar metals (or metal sites) that are electrically connected.

In practical, once the metal gets corroded, they form an oxide layer on their surface, and if the oxide layer further inhibits corrosion, the metal is considered to be as passivate. In some cases, local areas of the passive films break down that allows significant metal corrosion to occur in just a small part. This phenomenon is known as pitting or pitting corrosion.

Apart from this, there are numerous other types of corrosions are also found on the materials such as general, galvanic, localized, stress cracking, and caustic agent corrosion.

How To Protect Metals for Corrosion?

Corrosion Resistant Coatings is the best way to protect the materials such as steels, irons, from corrosion.

How Corrosion on Metal Substrates can be tested via Electrochemical Reactions?

It is the universally used and highly effective and useful testing machine which is used to create a corrosive environment inside the chamber to test the effect of different environmental conditions such as Humidity, Salt Spray, Fog Spray, and electrochemical effects on the metals substrate. The test procedure helps to measure the impact of external factors on the sample after a period of time. This is essential test procedure to ascertain the actual working life of the sample. The test chamber is designed as per the standard test methods that are provided by various national and international standardization authorities that assure precise test results.

Ensure Best Safety of Your Products With...

Why Scuffing Test Is Important For Packa...

Test The Resistance Of Materials To Perm...