Role of a Good Quality Coating Layer for Corrosion Resistance 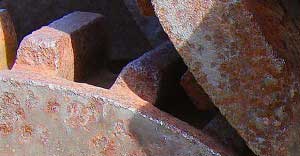 Role of a Good Quality Coating Layer for Corrosion Resistance

The metal products are very much frequent and is used by several industries. It is used for making metal component which is used in aerospace vertical in planes. Other than this they are used in medical equipment, used in building machines and what not. Doesn’t matter where it can be used, they must be quality specific. They must be plated and coated by good quality coating layer.

The salt spray chamber is used for generating accelerated weathering environment which can imitate the corrosive nature of atmosphere and test the metal and coating behaviour in the same. The sample are very carefully placed in the machine and the machine lid is closed. The chamber lid is specifically made as per the testing standards and the angle of canopy is the major thing to focus upon. The machine complies with national and international standards as well.

The testing chamber is made up of triple walled chamber which is of fiber glass material. It ensures the insulation overall the chamber and provides full security.

Assessment of Buckling Resistance of Bot...

A New Way To Measure The Thickness Of Th...

Measure The Compression And Safeguard Yo...

Why Is Top Load Testing Essential?...

Importance of Corrosion Test and Accurat...