How to Perform Rolling Ball Test on Pressure Sensitive Tape? 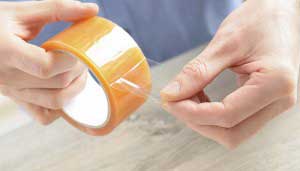 How to Perform Rolling Ball Test on Pressure Sensitive Tape?

Pressure sensitive tapes are a very commonly used product almost everywhere. It has numerous amount of application including domestic, commercial and industrial. Being involved in so many things, it must offer high quality in adhesion or as per requirement. To evaluate the adhesive strength, the commonly used method is the rolling ball test on pressure sensitive tape. However, one must use precision testing while conducting this calculation. Presto is known for its Adhesives Testing Instruments worldwide. Leading brands in adhesive tape manufacturing are a part of their clientele. The machine is designed and constructed by the skilled team of engineers using high-profile machinery like CNC and automated methods reducing human-induced errors.

Rolling Ball Tack Tester is a simple test apparatus designed by Presto Stantest using the high-class material. It obeys GB/T 4852 and JIS Z0237 test standards and allows rolling ball test on pressure sensitive tape. It can evaluate the adhesive strength of tapes with easy test methods and zero complications. The instrument is composed of mild steel material and corrosion resistant finish for the long run. The apparatus involves a steel ball for rolling, a Ball release setup, inclined rolling slide, the test area for keeping the specimen, and the pit. What makes this device different from others in the market is the spring lever equipped at the ball release set up to reduce the user interaction lowering chance of errors.  Easy loading of the specimen and hassle-free release mechanism assured with Rolling Ball Tack Tester.

To initiate the Rolling ball test on pressure sensitive tape, place the specimen on the glass slab and fix it properly using tapes at both ends. Place the glass on the test area and slide it below the inclined segment. Put the target ball on the top and rotate the knob for releasing the same. If the ball does not stop at all and pass the specimen rolling, it means the tape has low adhesion capacity. If the ball halts at a point after rolling down a bit, then the tape is considered to have adhesion strength. Reading the scale beside the test area one can measure the distance at which the ball stops rolling. Lower the distance, higher the adhesive strength of pressure sensitive tape.

Rolling Ball Tack Tester has been used in various industries for testing the adhesive strength of films and tapes. It may be a very simple test to perform but the right technique, the correct inclination angle, more importantly as per the test standard is very important.

For more information on other adhesive tests using this device, you may read our expert’s article on Test the Rolling Back Tack Strength of Adhesives.

How to Test different properties of Plas...

How to assure corrosion resistance in mo...

Test The Rolling Back Tack Strength Of A...