Features To Look Out For In Salt Spray Chamber Korox iii 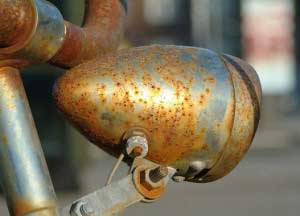 Features To Look Out For In Salt Spray Chamber Korox iii

Corrosion testing is an integral part of the metal testing industry. Testing the resistance of sample against corrosion is what you can check from this machine. Presto offers a wide range of salt spray chamber models, catering the different needs of different industries. Depending upon the budget and requirement, different models can be availed in different sizes. The most advanced series that is invading the metal testing industry is Korox III series. We have incorporated some brilliant features in this instrument that is making it a hit among the quality managers. In this post, we will highlight some of the USPs of this instrument which are giving this instrument an edge over other brands.

Triple Walled Chamber – Salt spray test is the most popular instrument in metal testing. There are ample of brands rolling out their machines in the market very frequently. Now, what makes our machine special is its chamber. It has a triple walled chamber which no other machine has, you can say in the world. We provide an additional fiber wall between glass wool insulation. The benefit of having triple wall is keeping heat dissipation at bay and uniform temperature throughout the chamber. Along with additional walls, we provide silicon bags that keep the temperature maintained and increase the shelf life of the heater.

Air Purging – According to the standards, you cannot open the chamber during the test cycle. But you can pause the test for some time to check what is happening inside. As you open the chamber, the fog dissipates in the surroundings and it tends to harm the articles around. Also, this results in loss of fog and simulation are affected by external interference. So, there is an option for manual air purging to pause the test. This makes the fog to settle down and you can open the chamber after that. Auto air purging is another feature that makes the fog to settle down after the test cycle is over. Not to release the fog in the surroundings to avoid corrosion, it is important to convert the fog into the mist.

How to Check Melt Flow Rate?...

How to Check the Scuff Resistance of Pri...

How to Make Packings Stackable?...

Enhance The Strength & Durability Of Met...

Assure The Quality Of Your Products With...