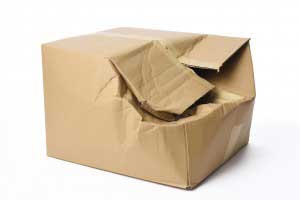 Carton Box Manufacturers may invest a lot in the production material and manufacturing process. But still at the time of Audit, few of them fails because of lack in delivering the right property test data in the Quality report. Along with the material quality thickness, weight and other parameters, it is very important to mention the edge crush resistance strength of carton boxes. Although, producers do mention the strength resistance of the material but that’s not enough. It is very important that which equipment is used in acquiring the test results. Is the Edge Crush Tester is standardized under international test authorities or not.

The Auditors will always rely on mentioned facts and not on the visual appearance of your product material. The facts or test results mentioned must be performed using machines which are trusted worldwide, which follows standards given by global test authorities. The equipment mentioned above measures the edge crush resistance of carton box material and complies with Test Standard IS 7063 which is recognized worldwide for evaluating the performance of carton sheets under crushing load.

The machine allow the user to perform three distinct crush resistance test including edge crush test or ECT, Ring crust test or RCT, and Flat crus test or FCT. It is specifically designed to measure the strength of the material edgewise under vertical crushing load. It runs on microprocessor based program for precise value measurements. Has a digital display equipped with LED light background to have a crystal clear vision. Separate specially design sample fixtures for distinct test modes. The compression value is displayed on the screen ‘Live’ during the test cycle.

Delivers equally distributed crushing load for uniform testing process. Strong gripping clamps to ensure no slippage during the test. User can even calibrate the machine as per industry standards suing in-house calibration feature.

Drop Tester-A Must Have Equipment to Est...

How to Test Corrosion Resistance Propert...