Use Of Coefficient Of Friction Testing In Packaging Industry 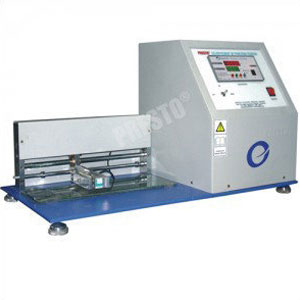 Use Of Coefficient Of Friction Testing In Packaging Industry

As the cleanliness of the substrates are imperative to collect appropriate and reliable data, suitable measures should be addressed former to testing and taken further during testing to ensure freedom from grease and dirt that could unfavorably affect test results. The standard test method ASTM D 1894 is the best coefficient of friction test standard, which is preferred by manufacturers of many industries.  Cleanliness methods and conditioning of substrates help to ensure that the customer will get the best value and results from their production.

Presto Stantest, a well-known manufacturer of testing instruments, offer a wide assortment of paper and packaging testing instruments. Presto’s Coefficient of friction tester helps to determine the coefficient of initial and sliding friction of papers, films, plastic sheets and pipes. The test is performed to analyze the stacking ability of plastic films and sheets. Moreover, the test helps the manufacturers in the plastic industry to avoid accidents caused due to various problems in packaging, loading and in transporting goods and materials. The uneven thickness of sheet leads to enhanced friction which leads to uneven strength of a plastic material. The coefficient of friction testing technique implicates the level of mistreatment a plastic material can endure without affecting the inside content.

All about the V-Notch Test for Metal Qua...

Inspect The Seal Integrity Of Bottles By...

Ensure the Quality of Automobile Color U...

Test The Quality Of The Rubber Products ...

Ensure the Strength of PET Bottle with B...

Testing Compression Strength of Edges in...

How to Test Burst Resistance of Packets ...