Test The Impact Of Free-Falling Dart On Plastic Films 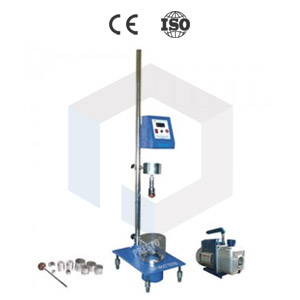 Test The Impact Of Free-Falling Dart On Plastic Films

How can the Resistance of Free-Falling Dart be Tested?

The dart impact tester is a widely used instrument in different packaging industries where it is used for testing the strength of the plastic films and is best for testing the ability of the film to withstand the various forces levied on it.

How the instrument is designed?

The device is assembled with an electromagnetic dart hold/release mechanism to avoid any type of interference in force exertion. As per the standards, the electromagnetic mechanism can hold a weight of up to 2 kg. Various models of Dart Impact Tester are provided by the manufacturers such as analogue model or digital model that helps in determining the numbers of falls performed in a single test. The device is designed with the dual clamping feature that is best for providing wrinkle free clamping of the test specimen. Moreover, it is intended with a shielding that prevents the dart from bouncing back out of the machine upon impact.

Presto offers high-quality of Dart Impact Tester that efficiently helps to test the impact resistance strength of the materials.

Importance Of Scuff Resistance Testing I...

How to get precision based results in Co...

Enhance The Strength & Durability Of Met...

How To Test The Impact Strength Of Mater...