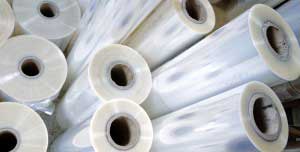 There is a wide range of features and properties of plastics which determine their quality such as the molecular elasticity. It determines the impact strength of a polymer material. This particular feature is very important is evaluating the stiffness of the product which explains the strength of the plastic to withstand the force applied on its surface. Generally, the plastic films are utilized for fulfilling packaging requirements of products. While transportation or handling these films can experience distinct phrases of wear and tear. Hence, it is vital to conduct a standard test method for computing the impact resistance strength of the plastic films using Dart Impact Tester.

How to conduct the impact resistance test?

The evaluation and understanding of the impact resistance of packaging films play a very important role as the material will be subjected to impacts during transportation and loading for sure. This testing method is widely conducted in R&D departments, laboratories, packaging industries, inspection agencies, and film manufacturing units etc. in order to evaluate the amount of weight impact their products can withstand without failure. The testing of the fabricated film is considered as they give an estimation of what a consumer might experience while using the product.

The dart impact test is the most common testing procedure utilized for evaluating impact strength. A weighted round-headed dart is released onto a tightly clamped sheet of film, and the sample is examined for failures visually. The dart impact value depends on the film thickness. Since dart impact is not evaluated in any film direction, it is sensitive to orientation effects in both directions.

Presto’s Dart Impact Tester is a proficient testing instrument for evaluating the impact strength of plastic film when a free falling dart is dropped on the same. The force of the dropping dart can burst the film to fail under specified conditions. The dart is designed as a hemispherical head and is held by a strong electromagnetic dart holder. It complies with various testing standards of IS 2508:1984(R2003), ASTM D1709-16A.

Important features to look for:

How To Measure The Melt Volume Rate With...

Determine the Resistance of Material to ...

Gauge The Thickness Of Preforms With Pre...

How To Test The Impact Strength Of Mater...