Test the Bond Strength Between Substrates with Peel Test 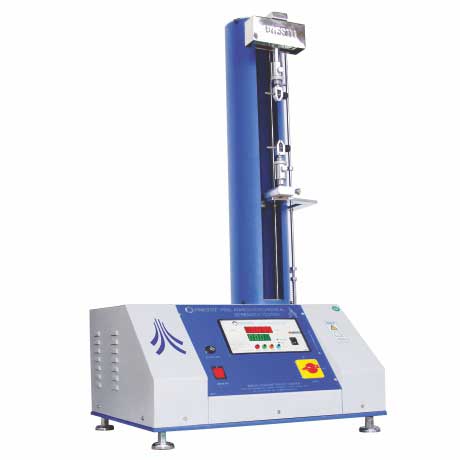 Test the Bond Strength Between Substrates with Peel Test

Peel Test is one of the best testing techniques that are performed in packaging industries to test the bond strength between two substrates such as adhesive tapes, BOPP tapes, laminate films and many more. Both the substrates on which peeling test is performed can be flexible in nature or one can be flexible and other can be rigid. The adhesive material itself has a thin layer of sticky material on a piece of tape which is used to stick the substrate on the steep plate.

Why do manufacturers Perform Peel Test?

The basic purpose of performing the peel is to examine the strength of adhesive materials and to compute the bond strength of two substrates that are joined together with the help of an adhesive material. The adhesive strength between the substrates is known as the stickiness of the material as it helps to make the material resistant to separation after the adhesive is applied on their surfaces. This is ultimately used to create strong bonding strength between the two substrates. The adhesive materials are used in almost all production verticals to fulfill the purpose of packaging. The layer of adhesive is also used in laminated sheets, pamphlets, stickers, and similar items. The peel test is performed using high-quality of Peel Strength Tester.

To know in detail about Peel strength tester, contact our experts.

A New Way To Measure The Thickness Of Th...

How to Measure Burst Strength of Packagi...

Sow Quality And Reap The Benefits Of Sea...

Use of Salt Spray Testing Machine in Mar...

Make Sure Your Packaging Stays To Its Pl...