How To Measure The Toque Of Pet Bottle Caps? 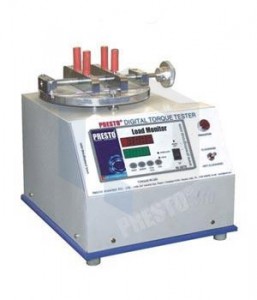 How To Measure The Toque Of Pet Bottle Caps?

Torque means the angular force which is applied to turn an object. For example, the force required to turn the steering wheel, the force provided by the cap of the PET bottles to open the cap of the bottles of containers are the simple example of torques. Torque testing comprises of measuring the amount of torque or force that is applied to an object.

The most common application of torque testing is the fastening of the PET bottles, jars, containers. By measuring the torque characteristics in such applications, it is possible to determine not only the quality of the caps or lids but also the root cause of different types of defects in the bottles that can cause leakage or spillage.

Process to Measure the Torque of PET bottles

The best way to perform the process of torque testing is Torque Testing Machine also known as Torque Tester. The instrument is widely used in the testing laboratories of PET & Preform industries. To measure the torque of the PET bottles:

Formula to Calculate the Toque

The torque of the bottles is calculated by the following equation:

Ensure The Quality Of Seals With Seal St...

How The Effect Of Low Temperature Can Be...

Test The Effect Of Chaffing On Fabrics W...